Natural Hair Became The Darling Of The Luxury World

It’s taken the combined strength of African Americans sporting their natural coils and Black hair care brands pushing for prominence in the aisles of major stores to finally crack the glass ceiling for Afro hair.

Don’t get me wrong, obstacles still exist for women and men with kinks; however we are now in the middle of a perfect storm for mainstream acceptance.

A new magazine called CRWN has launched to provide a platform which celebrates women of color with Afro-textured hair, Net-a-porter.com will be launching a luxury natural product line in September and this weekend the 11th AfroPunk festival begins in New York along with its inaugural launch in London for a global homage to all things Afro-related; a celebration of dynamic Black experiences.

For more decades than should have been allowed, the populace has been comfortable with perpetuating a conventional face of beauty until “unconventional” became the go-to source for its creativity and originality. All of a sudden, cornrows were being called “boxer braids,” repackaged as a new trend and styles worn by those of African/Caribbean descent attributed to the tresses of UFC Fighters.

This renaissance in Curlism has been a long time coming although it’s hard to define the exact moment in time when natural hair was given a “pass” to move forward as a bonafide mark of beauty.

Take the efforts of SheaMoisture, a hair brand founded in Harlem by two Liberians who put the spotlight on “product segregation” in the shopping aisles of the biggest US retailers. The brand’s #BreakTheWalls campaign questioned why beauty products for African Americans were ostracized from shelves featuring shampoos, conditioners, oils of other brands ― you could only found them tucked away in corner away from the rest. The campaign quite rightly questioned why Black beauty was still being siloed.

But now, the luxury world has taken notice of our beauty and is paying respect to the hair at the core of millennial/Gen Z zeitgeist. 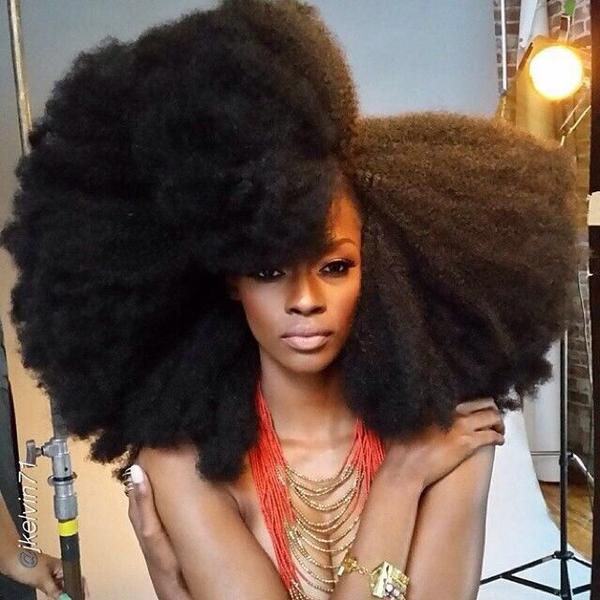